Veolia has announced that it is ending its sponsorship of the Wildlife Photography of the Year  Exhibition held annually at the Natural History Museum.  Supporters of the Palestinian cause have reguallrly picked the exhibition drawing the public's attention to Veolia's activities in the occupied territories of Palestine and its role in supporting illegal occupation.


Veolia Environnement has announced it will not be renewing its sponsorship of the Wildlife Photographer of the Year Competition and Exhibition ending its four-year-long association with the scheme.

The exhibition is owned jointly by BBC Worldwide and The Natural History Museum and receives some 48,000 entries from around 98 countries.

Veolia Environmental Services chief executive Estelle Brachlianoff, said: “It has been rewarding to see the competition grow over the course of our sponsorship and to support the exhibition and tour which have enabled so many people to see the wonderful photography that highlights the fragile nature of the world around us.

“However after four successful years we feel that we have taken this partnership as far as we can and that it is time to review our sponsorship commitments as our brand continues to grow and evolve. We are confident that the competition and exhibition will continue to capture the minds of nature lovers across the world.”

Posted by Martin Francis at 05:26 No comments: 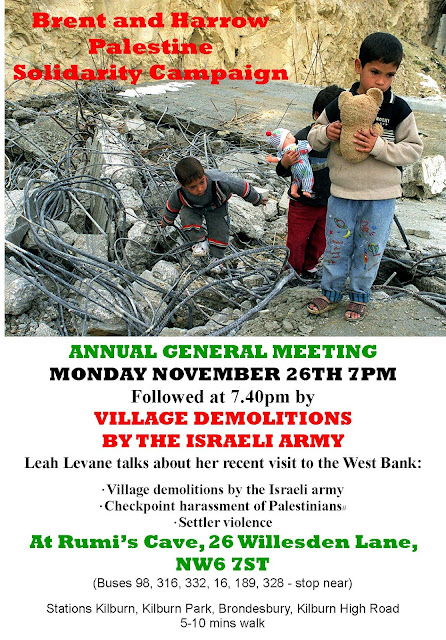 Delight over Veolia's failure to be short-listed for Harrow contract

From the Harrow Times:

ENVIRONMENTAL campaigners are "delighted" that a particular services firm has not been shortlisted to recycle the borough's rubbish.

The Stop Veolia in Harrow petitioners collected 400 signatures opposing Veolia's candidacy for a Harrow Council contract to dispose of all of its blue bin waste.

Instead three other firms will be given the opportunity to compete to take away and sell on the average of 350 tonnes a week of dry, unsorted reusable material that is collected from households by the council's binmen and brought to the civic amenity site in Forward Drive, Harrow.

Stop Veolia in Harrow member Abe Hayeem, of Whitchurch Lane, Edgware, said: "The campaign are delighted to hear that Veolia was not amongst the tenderers for the latest materials framework recycling services contract.

"Although Veolia was among the six tenderers who expressed an interest, it was not amongst the three firms who submitted a final bid to used in the framework, which will collect the blue bin contents for recycling, sell them, and share part of the profits with Harrow.

"The Stop Veolia campaign raised the issue of ethical tendering concerning Veolia’s contracts for the Jerusalem Light Railway and bus services connecting illegal settlements in the occupied West Bank, and a controversial landfill project - all against international law."

Harrow Council's cabinet committee is likely to award a place in the four year framework, beginning on September 1, to three companies, Biffa Waste Services, Bywaters (Leyton) and Viridor Waste Management, meaning the trio will be able to compete for successive 12-month contracts to handle the council's blue bin waste.

Companies who transport these contents away from the civic amenity site and sell it to various processing facilities for recycling have to share any proceeds above a certain threshold with Harrow Council, a lucrative agreement through which the authority earns about £900,000 back for the taxpayer.
Posted by Martin Francis at 06:22 No comments:

Do not buy these dates 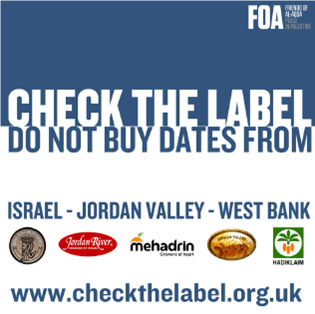 Posted by Martin Francis at 09:01 No comments:

Help put this film, and Palestine, in the limelight

They came in the morning - Virgin Media Shorts

I  have started putting out short films that are born out of the longer film I have been making about Bethlehem. These shorts might not make the final  cut but they are strong stand alone pieces. The following short "They came in the morning" is filmed in Walaja and the man who features in it really broke my heart. The short has been entered into Virgin's shorts competition. It is unusual for a film like this to be out there against other more commercial films. All films have to be two minutes long. The judges will now shortlist 12 of them and a 13th film will be selected following the public vote. All selected films will be shown in cinemas all over the country and beyond (including on Virgin flights)  and will be entitled to a further prize, one of which, will again be selected by the public. This is an opportunity to do an effective direct action by clicking few buttons so I hope you will all feel moved to do it. The deadline is the 19th of July so please make sure to do it before then.

Watch film http://www.virginmediashorts.co.uk/film/3242/they-came-in-the-morning
How to vote:
Every time you share 'They Came in the Morning', you give the film a vote: and the film with the most votes gets the lucky 13th place on the shortlist. How to do this.