Join us in Central London on Saturday June 4th 11am-2pm 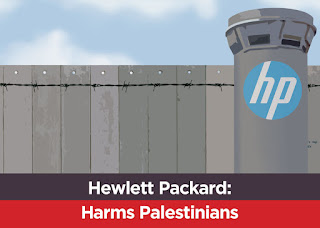 All PSC Branches around the country are taking action on Saturday 4th June, as part of a co-ordinated Day of Action across the UK, with a common message and a common approach. The key focus is to raise public awareness of the Occupation and HP’s role. WHERE? See your B&H PSC email for details of Central London venue

The leafleting will take place between 11am and 2pm.

DATES CAMPAIGN LEAFLETING OF LOCAL MOSQUES - FRIDAYS
We are again leafleting mosques during Ramadan with postcards to persuade people not to buy Israeli dates. Leafleting takes place from 1pm on Fridays. If you would like to take part please contact Martin Francis on mafran@globalnet.co.uk The first leafelting is this Friday, June 3rd at Brent Central Mosque, Station Road, Willesden Green.

THE CURRENT DEBATE ABOUT ANTI-SEMITISM AND THE LABOUR PARTY - JUNE 13th
Julia Bard of the Jewish Socialists Group will lead a discussion on this at the next Brent Stop the War Meeting on Monday June 13th, 7.30pm Brent Trades Hall, 375 High Road, Willesden, NW10 2JR (Dollis Hill tube)

Contact Martin on mafran@globalnet.co.uk if you would like to help organise the event, provide some home cooked food or help on the day.

More from Brent and Harrow PSC on our blog www.brentpsc.blogspot.co.uk
Posted by Martin Francis at 03:03