Posted by Martin Francis at 07:03 No comments:

Free speech banned as it may 'offend' at Wembley Connects

A question regarding the Brent Public Realm contract and Veolia was cut short by the Chair, Cllr Wilhemena Mitchell-Murray at the Wembley Connects forum this week.

Michael Calderbank got only about 20 seconds into his question for Cllr James Powney when Mitchell-Murray cut him off. saying that some people had found the Bin Veolia leaflet distributed earlier 'offensive' and she wasn't prepared to let people be offended. To be fair Cllr Powney himself seemed willing to answre the question.

In contrast, after initial opposition, people were heard at the Kilburn Connects event last night where Cllr James Denselow was more sympathetic.
Posted by Martin Francis at 02:52 No comments: 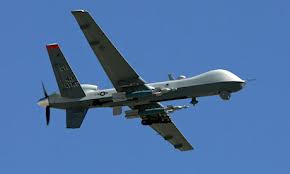 
This spring, the UK will double its number of armed drones in Afghanistan and will begin operating drones from RAF Waddington near Lincoln.  Over the past four years, the US has launched hundreds of drone strikes in Pakistan, Yemen, Somalia and Libya, with reports showing thousands of people have been killed. In Afghanistan where the US and UK have launched over 1,500 drone strikes, it is not known how many people have perished.  In Gaza too, many Palestinians have been killed by Israeli drone strikes.
Drones have become the latest weapon of choice in the so-called war on terror. Drones make it much easier for politicians to launch military intervention and assassinate people  anywhere in the world. Drones are making the world a much more dangerous place.

Come to this Brent Stop the War meeting to learn more about what is happening and  discuss this important issue.  ALL WELCOME
Posted by Martin Francis at 02:14 No comments:

Posted by Martin Francis at 10:05 No comments: