Brent and Harrow PSC have written to Brent councillors about the motion on anti-Semitism to be discussed at the Council meeting on Monday 18th September.
Dear Councillor

We welcome the discussion on how to combat anti-Semitism in the ongoing battle against racism in all its forms.

The International Holocaust Remember Association’s definition is as follows:

“Antisemitism is a certain perception of Jews, which may be expressed as hatred toward Jews. Rhetorical and physical manifestations of antisemitism are directed toward Jewish or non-Jewish individuals and/or their property, toward Jewish community institutions and religious facilities.”

However, the guidance issued by the IHRA uses a number of controversial examples of forms of anti-Semitism, most of which (7/11) refer to Israel. We submit that the effect of adopting the guidance would be to prevent criticism of the actions of the Israeli State and of a legitimate critique of Zionism as a political ideology. For example, the guidance states that to call Israel a racist enterprise can be anti-Semitic. This has been used to describe anyone who refers to Israel as an apartheid state as ‘anti-Semitic’ and to withdraw meeting facilities from them.  Similarly, the example of not holding Israel to a standard has been used to say calling for boycott is anti -Semitic, which in the opinion of eminent QC Hugh Tomlinson is a threat to legally protected freedom of expression.

Mixing the issue of anti-Semitism with the policies and actions of the Israeli State, it is likely to make it harder to identify and oppose anti-Semitism, a goal to which we are all committed. DETAILS

If you wish to support the adoption of the (38 word) definition, we ask therefore, that this does not include the highly controversial guidance. In this way, opposition to anti-Semitism is made clear, without any limitation of legitimate criticism of the Israeli State or the ideology of Zionism.
Posted by Martin Francis at 04:14 No comments:

Gaza in Crisis: A political choice, not a natural disaster 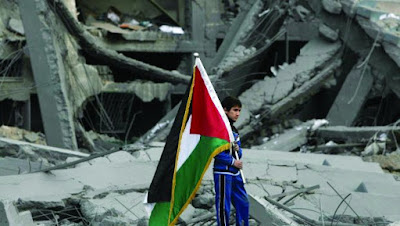 The world knows Gaza is in crisis. No clean water, only 3-4 hours electricity a day and not enough medicine.

Nearly 2 million people live besieged in conditions the UN describes as a human dignity crisis. But this is not a natural disaster — it is a political choice to punish the Palestinian people. A decision made by Israel with the support of the governments of the US, UK and EU.

Three years ago this month, Israel ended its devastating military offensive on the Gaza strip, which killed 2,251 Palestinians, including 551 children. A further 11,000 were injured, leaving many people, including around a thousand children, with life-altering disabilities. The 50-day long Operation Protective Edge, all but obliterated Gaza’s infrastructure and left it highly contaminated.

To deliberately incarcerate people in their own land, refuse them the right to travel and trade and deprive them of all but the essential means of survival is a clear breach of international law. Such behaviour is not acceptable for modern democracies.

The UN warned that Gaza will be uninhabitable by 2020 unless the blockade is lifted.

More aid, medicine, electricity and clean water would be a welcome relief to many, but it is hypocritical to cause the problem and then pretend to assist by partially alleviating the situation we have created. Israel controls Gaza by land, air and sea; effectively sealing it off from the world. The only solution is to eliminate the causes — to end the 50-year occupation and the 10-year siege of Gaza.

We are calling on the world to act, to abide by their obligations under international law and for the UK government to intervene to end this crisis in Gaza we have helped create.

For this to happen it requires the removal by Israel of all obstacles to the exercise of human rights by Palestinians in Gaza; and the immediate lifting of the blockade, allowing imports and exports, not just insufficient supplies of humanitarian aid.

We, the undersigned, call for an end to the man-made crisis in Gaza and for:

- the immediate lifting of the blockade of Gaza and allowing of imports and exports;
- the UK government to abide by their obligations under international law to end the siege;
- the removal by Israel of all obstacles to the exercise of human rights by Palestinians in Gaza, including the right to travel and trade.