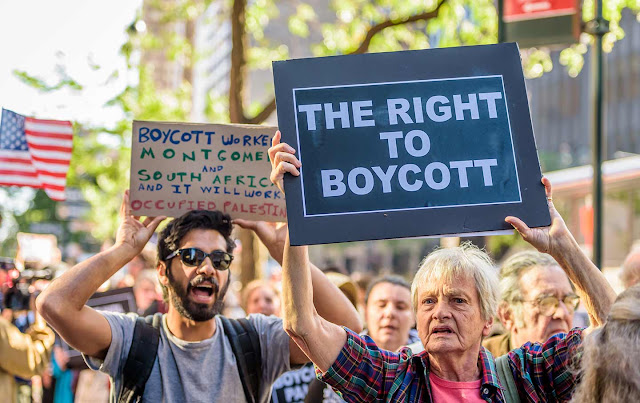 The Conservative party announced in its manifesto an intention to introduce legislation to prohibit public bodies from imposing their own direct or indirect boycott divestment or sanctions (BDS) campaigns against foreign countries . The accompanying statement by Robert Jenrick , Communities Secretary that such boycotts fuel antisemitism made it clear that this policy was solely targeted at BDS campaigns aiming to hold Israel accountable for its violation of Palestinian rights.

Now Eric Pickles , UK ‘s special envoy for post holocaust issues has  added more meat to the bones of the manifesto commitment in a speech he made this week in Jerusalem when he suggested that the new law would not allow public bodies to work with those who boycott, divest from or sanction Israel. This indicates the proposed law may mirror legislation introduced in more than 20 US states some of which seeks to prohibit public bodies from contracting with any company or institution that has divested from Israel, or expressed  support for the BDS campaign.

Here in the UK , The government has already tried to prohibit Local Government Pension Schemes from divesting from companies complicit in Israel’s violations of international law, via regulations  attached to already existing pension Law. PSC has challenged these through the Courts with a final Supreme Court decision expected in the New Year. This latest move appears to be an attempt to bypass any Supreme Court ruling via the introduction of primary legislation.

In response to these moves PSC’s Director Ben Jamal said:


“For a number of years Israel has recognised that it is losing the battle world opinion. In 2010 the Reut institute, an Israeli think tank identified the BDS movement as the number one strategic threat to Israel.  In response Israel has been coordinating a global campaign to fight back against the BDS movement . Central to this has been the attempt to frame the movement as extremist and anti-Semitic and the promulgation of the IHRA definition of antisemitism has been a key tool in this campaign. Within this frame Israel has tried to persuade its allies to introduce anti BDS legislation.

We have seen this happening in France Germany the US and elsewhere. In the past week, as a further development Donald Trump signed an executive order effectively defining Judaism as a nationality in a move designed to prohibit BDS activism on US campuses. Unsurprisingly a Conservative government that seeks to ally itself with Donald Trump and his far right agenda is following suit.

This represents a serious threat to the rights of Palestinian people to call for peaceful action through BDS s to end their oppression and the rights of campaigners to respond to that call including by making ethical decisions about divesting funds from complicit organisations.

The campaign for Boycott Divestment and Sanctions (BDS) seeks to hold Israel accountable for its violations of Palestinian rights and of international law. It targets complicity not identity. Failing to take action to hold Israel account makes one complicit. The campaign follows the model established by human rights activists from Gandhi to Luther King to Mandela of non cooperation by refusing to offer financial, cultural or political support to institutionalised discrimination.

All those who believe in international law, human rights and freedom of expression must vigorously oppose this legislation.

PSC calls upon the Government to live up to its responsibilities under international law to hold Israel to account, and to abandon these steps which serve to enhance  UK complicity in human rights violations.  We call upon all civil society organisations and public bodies to join us in resisting these regressive and immoral measures designed to repress the Palestinian people’s legitimate strugglefor freedom justice and equality.”

Posted by Martin Francis at 04:45 No comments: 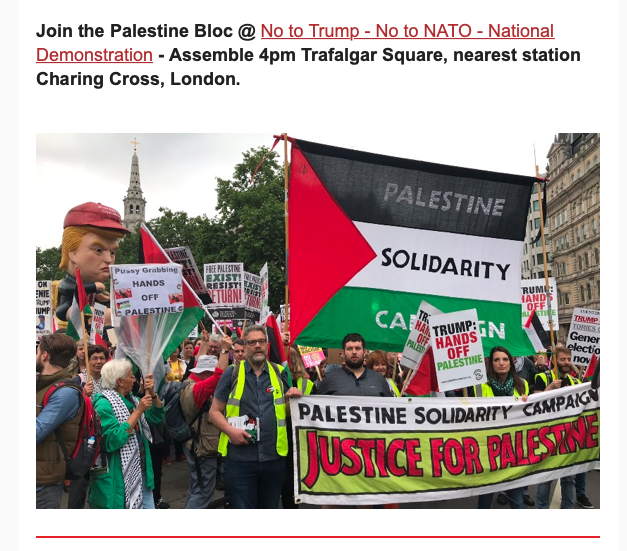 Posted by Martin Francis at 15:02 No comments: