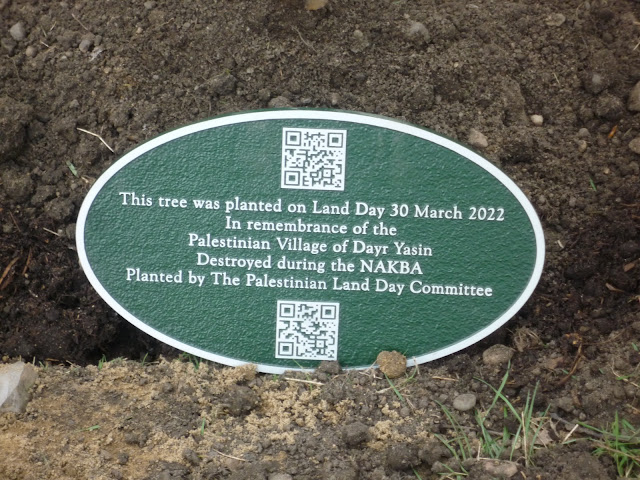 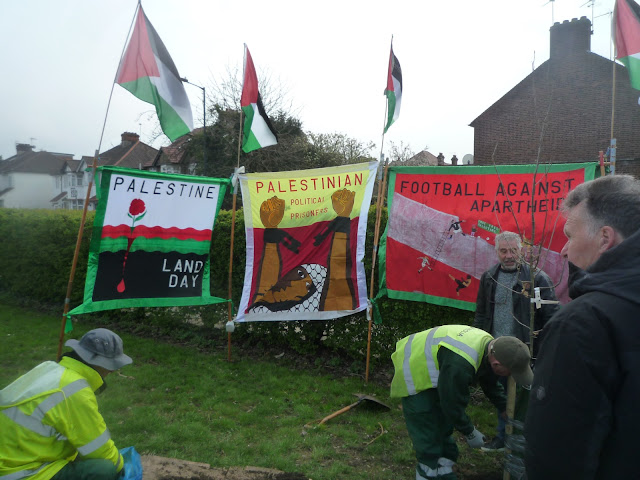 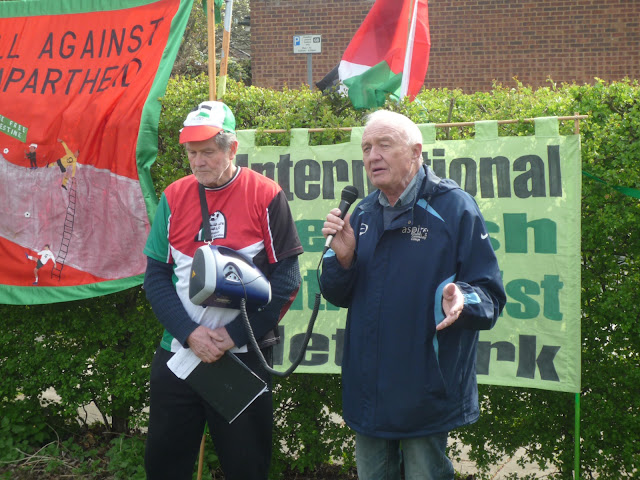 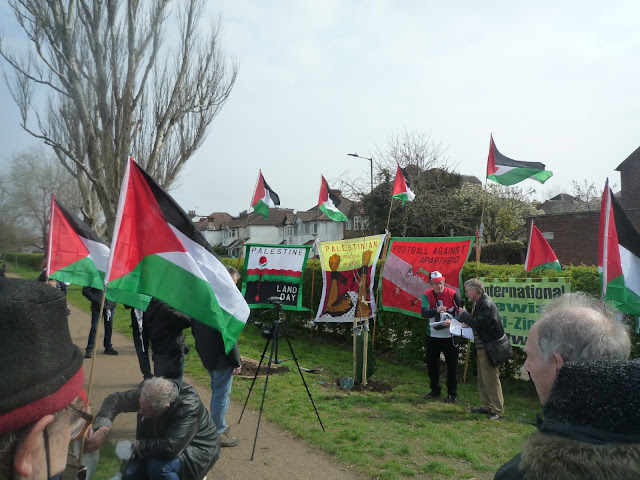 Supporters of Palestine gathered in Gladstone Park on Land Day, March 30th, to plant a tree to mark Land Day and the destruction of the Palestinian village of Dayr Yasin that was destroyed during the Nakba.

The planting followed a similar event in the London Borough of Ealing last year and was financed by a crowdfunder.

Among those involved were Football Against Apartheid, Brent Friends of Palestine, IJAN and Brent and Harrow PSC.

Posted by Martin Francis at 07:54 No comments: